Getting around UBC: An intro to transit on campus

Turns out, you don’t have to walk everywhere. 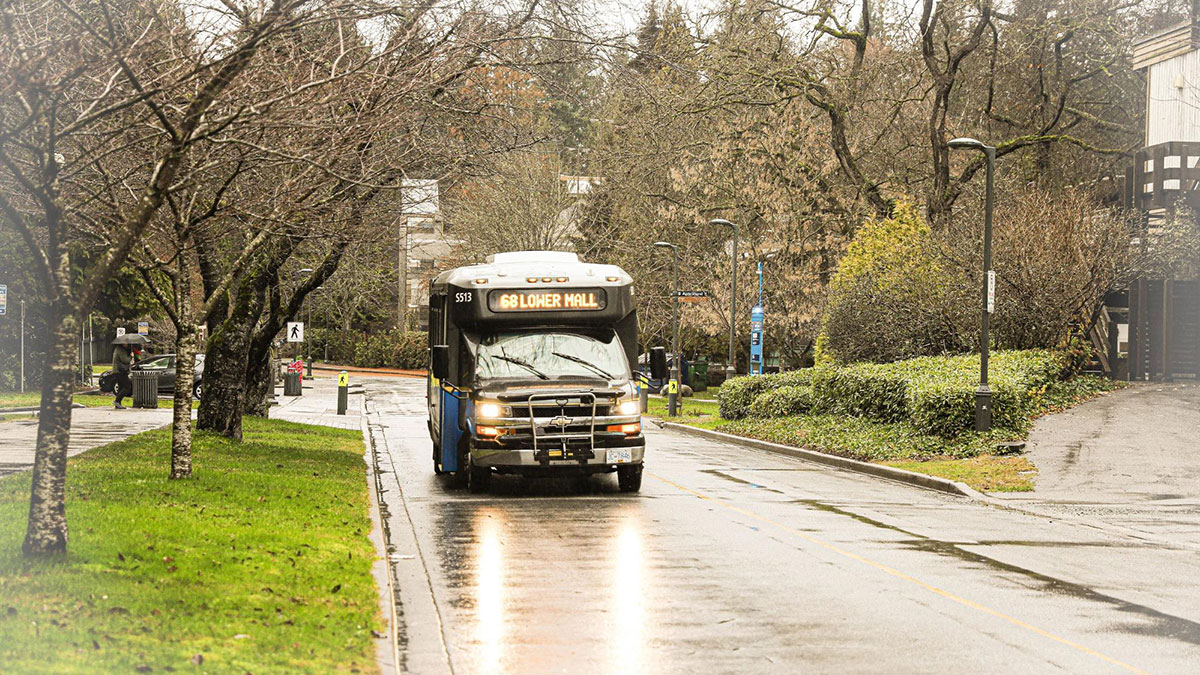 It’s a warm, windy day in early September. The air smells of hot pavement. I’m in first year, it’s my first week at UBC, and I’m in the middle of my first mission to stock up on snacks for my room. I hobble down East Mall for the fourth time, in flip-flops, a blue Student Housing lanyard dangling around my neck. I notice a blue and grey bus drive by.

Onlookers—mostly upper-year students—sneak perplexed (or sympathetic?) glances as they watch me stumble, my shoulders slumping with the weight of four over-filled Save-On-Foods’ grocery bags grasped in each hand, their plastic handles losing structural integrity with each step. A second bus passes by.

Now, you may be wondering: how on earth did I find myself in this situation? Who in their right mind would lug heavy groceries for two kilometres, on foot, from Wesbrook Village to Totem Park Residence twice in two hours? Not to mention the return trips.

The funny thing is, I’m from Toronto, Ontario, where transit is very much a thing. The concept of buses was not foreign to me. First year me, however, was painfully  unaware that transportation on campus existed—and it’s okay if you don’t know about it either! 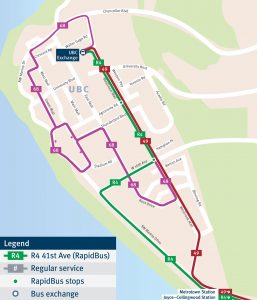 During my first year (after I figured out they existed…) I depended on the trusty 68 and 70 bus routes. These two powerhouses were the backbone of the transit system on campus. With the launch of Translink’s Rapidbus service in January 2020, and the R4 bus, the campus transit landscape got something of a refresh.

Let me bring you up to speed:

Now that those changes are out of the way, let’s get into what makes the 68 so helpful—nay, necessary—for taking care of business during your UBC years.

The 68 is a community shuttle bus that operates just like any other Translink bus. Simply tap your Compass Card (aka, your U-Pass) and enjoy the ride.

Take the 68 from Totem Park to that class at Buchanan. Take it for that early-morning swim at the Aquatic Centre. Heading for an adventure in Pacific Spirit Park, but want to save your energy for the actual run? The 68 will take you (most of the way) there too.

Where else does it go?

The 68 can also drop you off near ALL. THE. ATTRACTIONS. Suddenly, an excursion to the Museum of Anthropology (MOA) or the Botanical Garden doesn’t seem quite as daunting.

And, hey, if in January you don’t want to compromise your snazzy Friday night outfit with your rain boots, umbrella and parka, the 68 will embrace you in a warm hug, give you a pat on the back, and drop you off right near your campus destination.

Here are some other key places you can visit:

How late does it run?

In case you find yourself studying on the other end of campus after dark, most nights the 68 runs every 20 minutes until between midnight and 1 am—just one of the ways to stay safe on campus after dark.

So remember, as long as you don’t forget to reload your U-Pass each month, the 68 is at your service—along with the 49 and the R4!

If you have a temporary or permanent condition that affects your mobility, the 68 isn’t your only option for getting around. Cue the UBC Accessibility Shuttle, a free shared ride service, available by reservation, that can transport you to and from main pedestrian areas on campus. 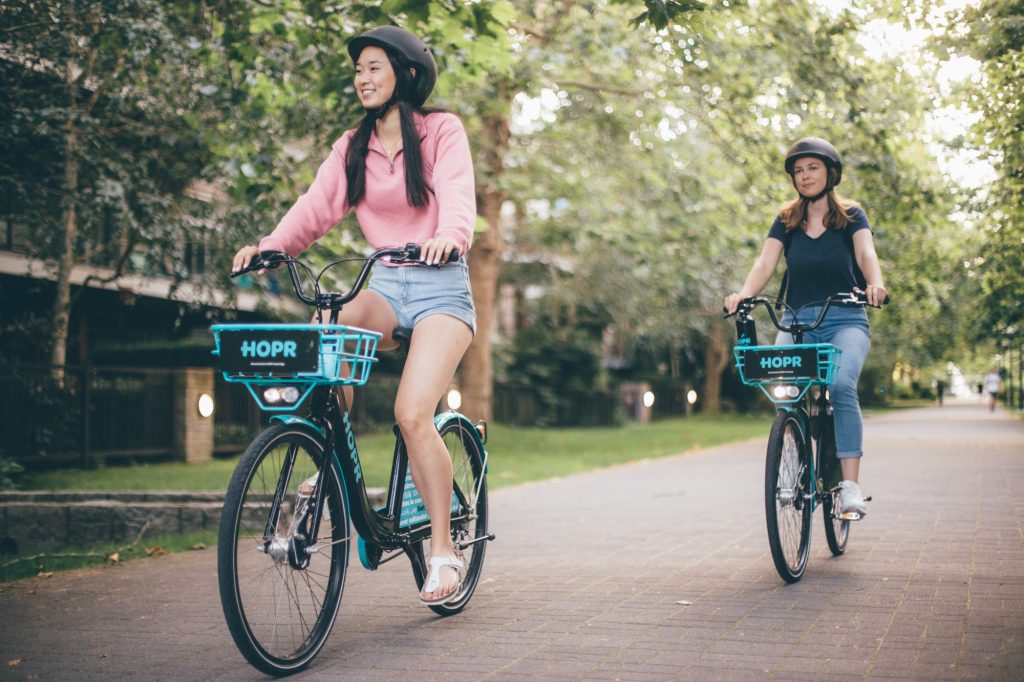 Yeah, I know, I said this post was about transit…but there’s another great option for getting around campus—besides your hoverboard. You might have seen those turquoise and black bicycles around campus. Or maybe not? Anyway, for those days where you’d rather cruise across campus and take a break from the usual 68 route, check out HOPR, UBC’s bike share program.

Now that you’re well-versed in transportation options on campus, you’re ready to leave the nest. Luckily, you can get almost anywhere via the UBC Bus Exchange. Some key routes include:

All you have to do is tap your card, find a seat (if you can), and wait for the adventure to begin. Plan your journey online or, if you’re old-school, take a gander at the transit map. Check out this UBC Life blog post for a breakdown of bus routes, neighbourhoods and key destinations.

So when the day comes and you need to hit up Save-on-Foods for some supplies, get to the opposite end of campus without getting drenched, or go on a weekend excursion, don’t be first-week me. Save a little time (and frustration) by taking a ride on the 68 (or any one of UBC’s many transportation options). Your chariot awaits!