How to help create equitable, inclusive communities in residence.

Meeting new people and exploring different identities are part of living, working and learning in a diverse university environment.

Living in residence comes with a responsibility to encourage and support activities and living spaces where all people can thrive socially and academically, no matter what uniquely shapes their identity.

This principle is important at UBC, which is home to students from over 150 different countries, each with their own identities, life experiences and expressions. 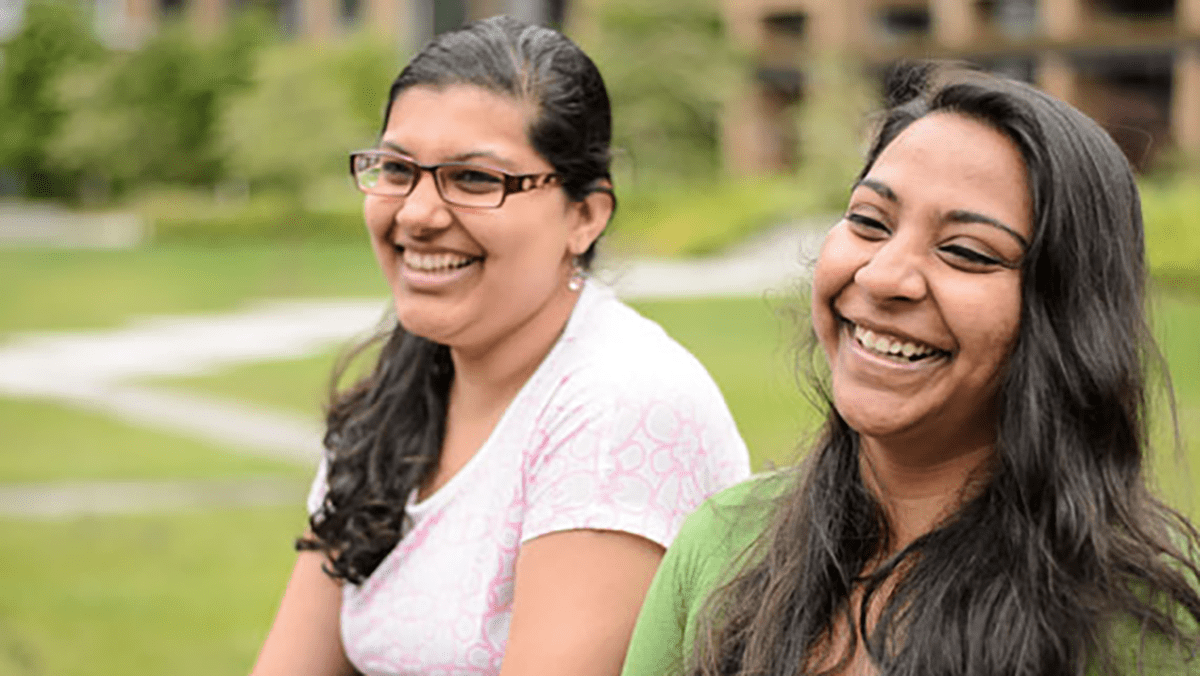 Uttara Kumar, science major, and Payal Shah, psychology major, know first-hand what it’s like to live in residence in a community of people with diverse identities, backgrounds and customs, which were new to them when they arrived in residence.

Both from India, they met in the Jump Start orientation program, lived in Place Vanier during their first year of studies and then became roommates in Marine Drive. They offered to share their experiences and some advice for living and learning on a vibrant, equitable, diverse and inclusive campus.

Before you arrived, how did you expect people from different cultures would interact?

P: When I was doing my research, I read about the diversity at UBC and was a little scared. I wondered, “What if I offend someone or say something I shouldn’t?” I also worried that people wouldn’t understand my background and that it would be hard for other people to relate to me.

How did it feel when you moved in?

P: It was such a positive experience. Everyone I met was understanding and interested in getting to know me. People were very respectful of other’s feelings.

U: I agree. A lot of people we met are international students too. We all have different experiences and perspectives but can relate to each other. We did the Jump Start program before moving into residence, which helped us get used to our surroundings and all the different people.

What challenges did you face with so many diverse people living in the same place?

P: At first, I was concerned about approaching people. I wasn’t sure if it was okay to walk up to someone and say hi. Building relationships works differently here than it does back home.

U: I was mostly concerned about trying to maintain friendships. Just because you meet someone, doesn’t mean you’ll see them again because there are so many people here with different interests. Group friendships didn’t happen quickly, but they did happen.

How does UBC create a sense of inclusion among residents?

P: It’s all about participating in different activities. In my first year, I was a floor representative at Place Vanier and helped organize many events. I think the whole purpose is to bring people together from different backgrounds to get to know one another and learn about unique traditions and customs.

Have you learned anything new about other cultures while living in residence?

U: We have another roommate from France. It’s fun when she teaches us new words. She even made us crepes, which we had never tried before, and they were so good! It was also interesting to learn that people from France don’t speak the same as French Canadians. We didn’t really know that.

Do you think there could be cultural barriers among roommates?

P: Sometimes, but very rarely. I think there could be challenges mostly related to language, food choices and sense of humour. But we all recognize that people do things differently around the world. As long as you’re willing to learn, everyone can get along.

What’s your best piece of advice when it comes to unique cultural perspectives in residence?

P: Living in residence might be difficult for people who are set in their ways and not willing to expand their horizons. It’s always best to be open-minded and accept people’s differences.

To learn more, check out UBC’s Equity and Inclusion Office—an important resource for students interested in learning more about UBC’s commitment and policies related to equity, diversity and inclusion, looking to get involved in campus initiatives or seeking support on conflicts or human rights incidents on campus, including discrimination.
d
«»
c
X
X
X