Living with a roommate: my first-year experience

It was early-August and the time right before I would find out where I would live and with whom. I had wondered for days about what my roommate would be like. Would she also be from BC or from some exotic place on the other side of the world? Would she be in the same faculty as me? Would we get along? What if we had nothing in common? With these thoughts, I grew more anxious and began checking my email every day in anticipation of my roommate assignment.

A week into August the email arrived! I was excited, happy, and relieved. But I grew hesitant. Now that I knew who my roommate was, should I message her? At first I decided I didn’t want to. Instead, I looked her up on Facebook and contemplated sending her a friend request. I was really nervous because I wasn’t sure if we’d get along, and I wasn’t ready to find out.

However, with a push from my friends, I sent her a message and am glad that I did. It was what started the wonderful friendship that my roommate and I still have today. 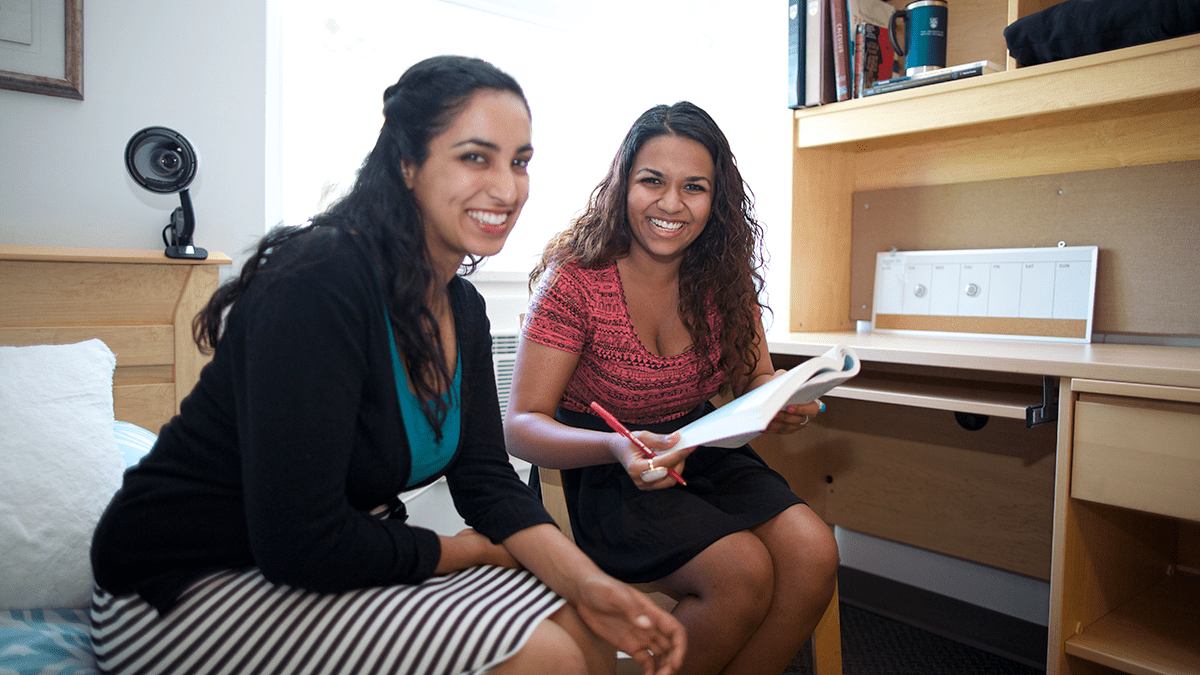 I don’t think I would have felt so comfortable living with my roommate if we hadn’t started talking in the weeks prior to moving in.

Our conversation started with small talk—where we were from, what we were going to be studying, how our summers were going. We even began to plan out our first week at UBC and what events we would attend. This was really comforting for me. I had been worried because I didn’t really know anyone who was going to be living in the Totem Park Residence with me, but now I knew at least one!

We were in the same program, which meant that we had a lot of the same classes. We helped each other with schoolwork, worked on lab reports, and pulled late-night study sessions together. These times led to late-night talks about our values, dreams, and aspirations, helping us learn about how the other viewed the world and become really great friends.

How We Made It Work

Living with a roommate for the first time was definitely a new challenge and there were a lot of things I learned that year. But the key things I took away from the experience are:

It can be a scary experience opening up to someone you don’t know. However, rather than seeing it as your obligation to get by and be nice, try to see your experience with a roommate as an opportunity to gain an unexpected friend. At times it can be tough and at other times it’s a blast. But most of all, it’s an opportunity to seize every moment and have an awesome experience.

Now that I’m entering my fourth year I would still say that my roommate from first year is one of my really good friends. We may not talk as much or see each other as often as before; however, when we do hang out, it’s like we never stopped talking.